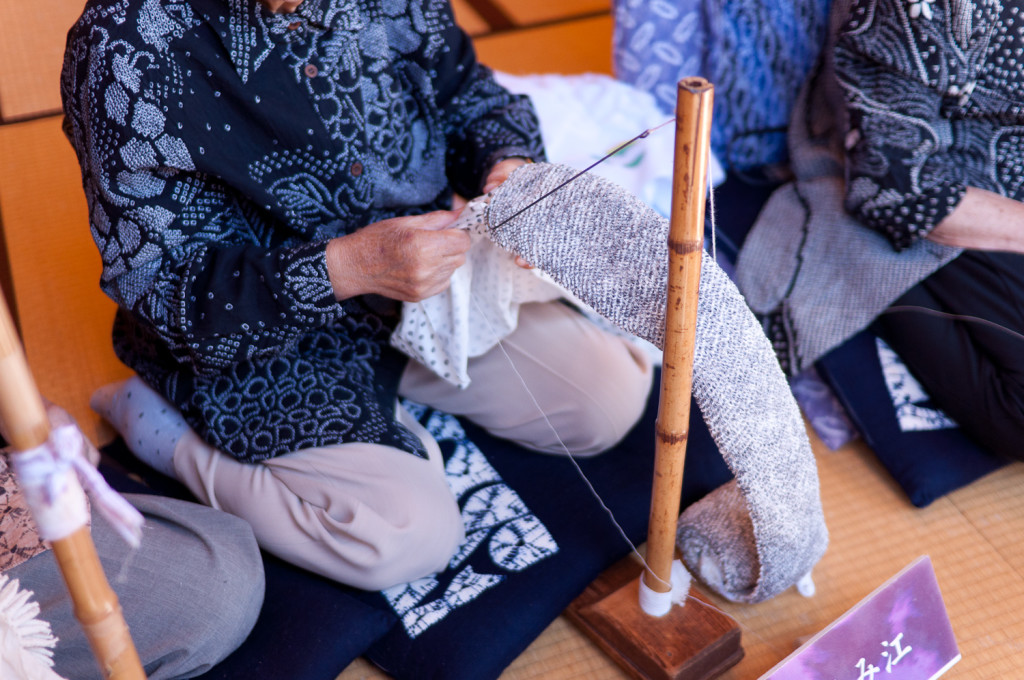 Ever since i first discovered shibori, I’ve wanted to visit Japan and more specifically, visit Arimatsu on the weekend they hold their annual Shibori Festival. This year my dream came true.

Arimatsu is a small town in the Aichi prefecture, near Nagoya. It is considered a birthplace for shibori, and is where the Itajime and Arashi techniques I practice originated. The festival is held annually around the first weekend in June. I’d love to be more specific with dates, but that is all the info I could find on it via the web, so I booked my tickets and crossed my fingers! 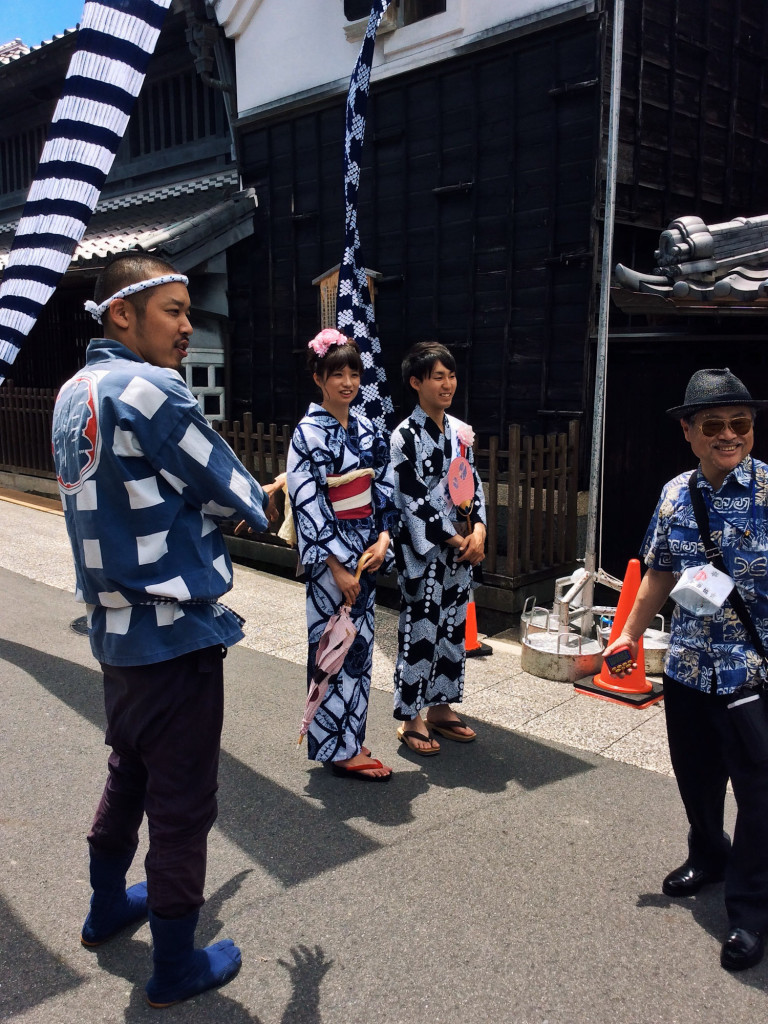 On arriving at the festival I was giddy with anticipation of all the amazing shibori I was going to see. I’ve not found a great deal of information on the web about the festival, so I wasn’t really sure what to expect. I was of a mind that I was going to be swept off my feet by amazingness.

Let me pause my story now and say, Arimatsu Shibori Festival was actually a huge let down for me. I know, it’s not what you are expecting me to say, and it hurts me to say it. But here is why I feel this way.

As I walked around the festival, I saw the same thing over and over – second rate dye work. The majority of the work that I saw was not indigo dyed, or naturally dyed, it had been dyed with what I suspect is Rit dyes. I wandered into a “workshop” at one point and they had cooking pots of it on the stove. Yes, it was blue, but it’s not indigo. My disappointment was really exacerbated by the fact that I had looked forward to this for so long, and then to find it other than what I had dreamed of – I felt shattered. 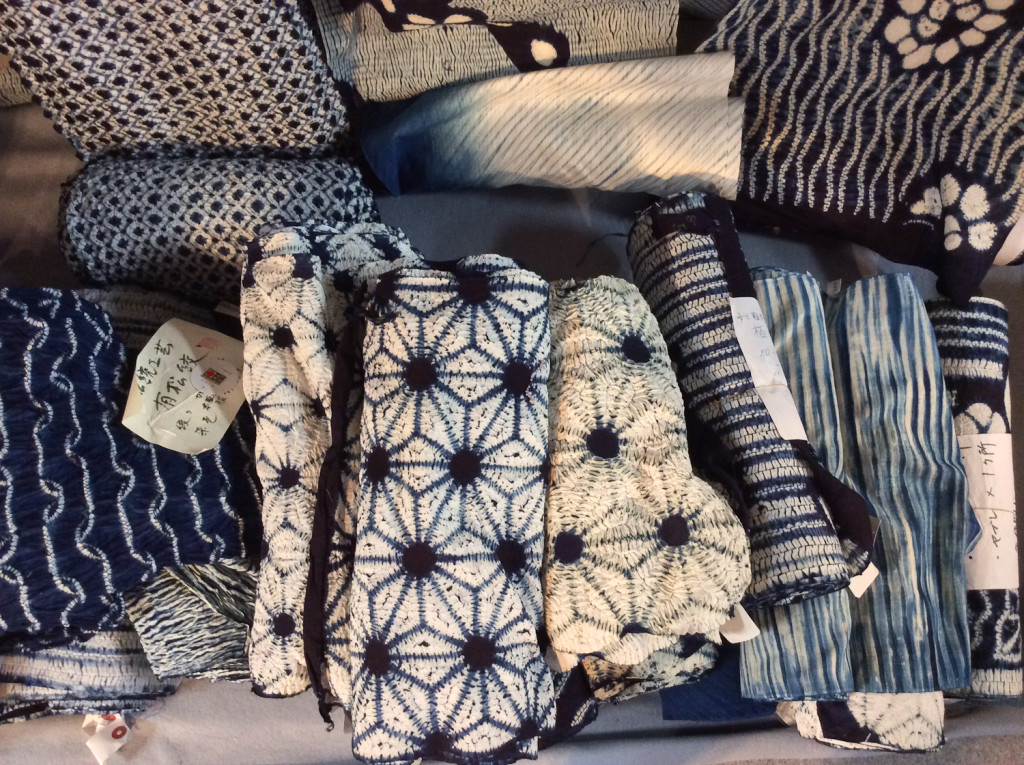 My husband, son and I wandered through the festival, which was decorated with beautiful shibori banners, they flew in the hot breeze and made really wonderful examples of traditional techniques. Again they were dyed a dark blue, but I don’t think were indigo dyed.

We walked in and out of kimono houses, where kimono lengths of fabric were on display, and could be purchased by the roll to have sewn into yukata or kimono. There was a lot of stitched shibori, and a little Arashi shibori. Only a few places had Itajime “sekka” shibori. It’s possible there were a few indigo pieces tucked away in these houses, the lighting was quite dark and often the “good” fabric was kept away from grubby hands.

I spent an entire day thoroughly moving in and out of all the shops, and I also visited the Tie Dye Museum.  There was a few excellent pieces of indigo dyed shibori on the walls, but I think most of the exhibits had been cleared out, because the whole museum had been turned into a shop where you could buy more of the same commercially dyed shibori as outside.  I can’t help wondering if visiting the museum when the festival is not on would have been better.

I’ve chatted with a few people about the festival, and my disappointment over it. I have in the past once seen Arimatsu shibori referred to as “fast food shibori” and i dismissed it, but i am sad to say, the label is fitting in many ways. There is no denying the skill displayed in the techniques on show, but it is all the same. It felt very mass produced – I wonder if this is because they’ve been sitting on the same piles of fabric for a few years, and slowly adding to them. It makes sense because one person or family masters a single technique – and they just produce this design their whole lives. They aren’t able to produce a lot of different work, they just make the same thing again and again. It’s not considered art, it’s considered a trade. I suspect it’s sort of like needlepoint – something for idle hands. 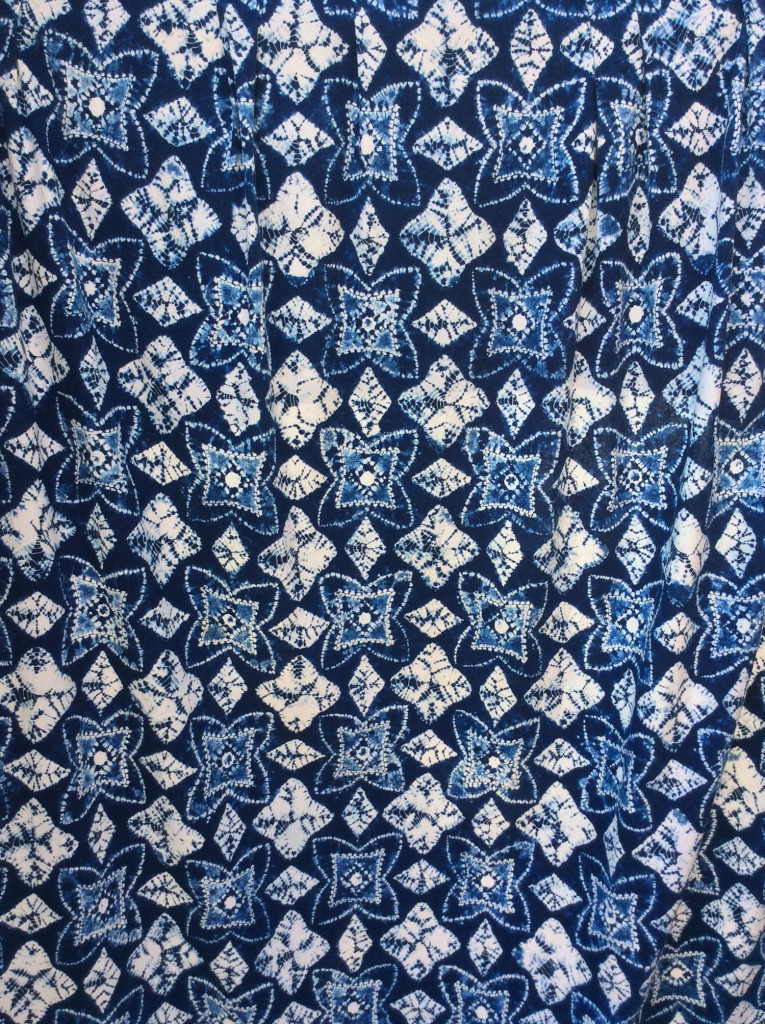 Despite my disappointment with the festival, I am glad I got to go. The history of the town is important to shibori and I hope that Arimatsu shibori returns to the greatness that it could once again so easily be. The skill and know how is already there.

I know I sound down on the festival, but it really had some great moments too. One of the best parts of the festival was watching 4 old ladies sit and tie their shibori. While watching them, a man standing near me told me that one of them was 95 years old! She had deft fingers, and the speed with which they all did their work was astonishing. A lifetime of practice paid off! There was no sign of any apprentices learning from the women, I truly hope they do in fact have some so their knowledge is passed on to the next generation. 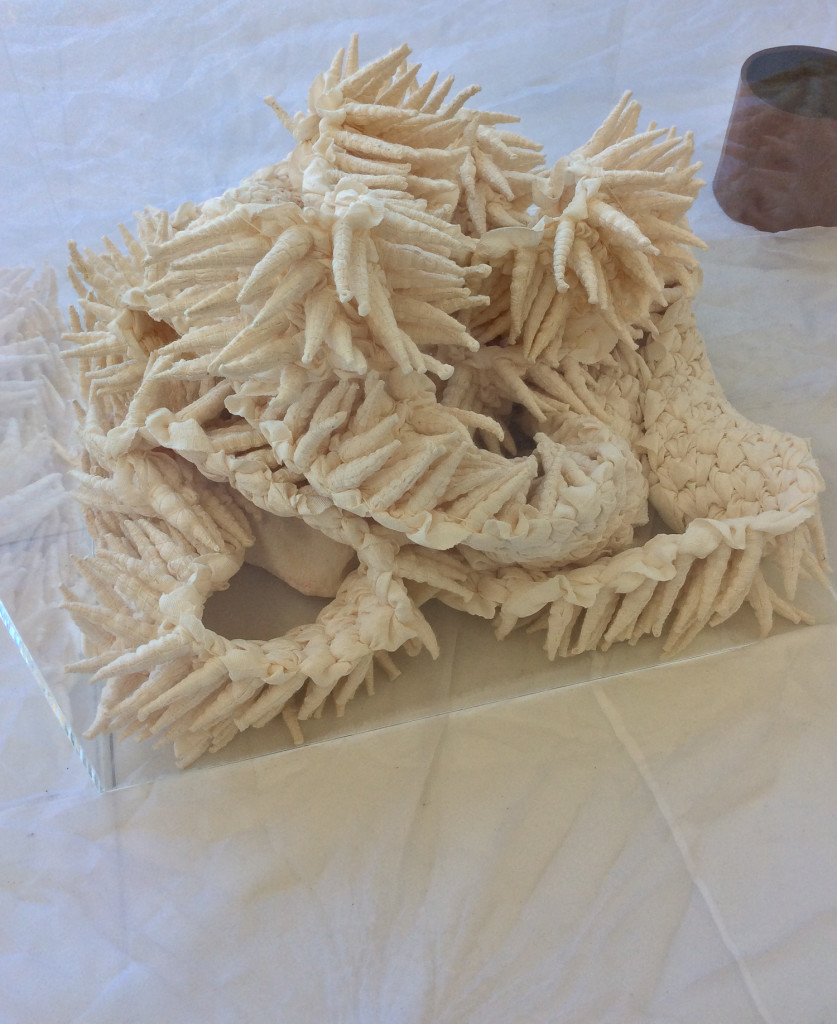 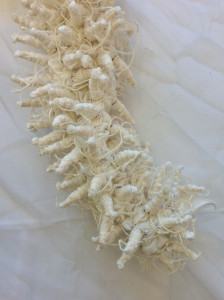 I did have one huge spot of luck though, out of the corner of my eye I spotted through the doorway of an extremely busy shop a beautiful wall hanging – and it was indigo dyed. At first I thought it was a noren for sale, and I went in to look at it. It was actually two wall hangings, mirror images of each other. I now own one of them. I couldn’t resist it. I used google translate to speak with proprietor, who turned out to also be the dyer! Finding this one piece made the festival worth the visit for me, and I feel lucky to own such a lovely work. It also gives me hope – the dyer was a young woman named Neoko Koyabu, who clearly loved her craft and was so happy to have sold one of her works. It’s work like hers that will give Arimatsu the future it deserves.

Please go to the Instagram Feed settings page to create a feed.