I’ve got something fun coming up this Friday! I’m going to be participating in the Northern Exposure Visual Arts Festival!

I’ll have some Shibori on the street for the 2 weeks of the festival, some Indigo works on canvas as part of the “Small Works Small Spaces” exhibit. My work is entitled “Phases”, and is still a work in progress, I’ve got a bit to finish off before the end of the week. 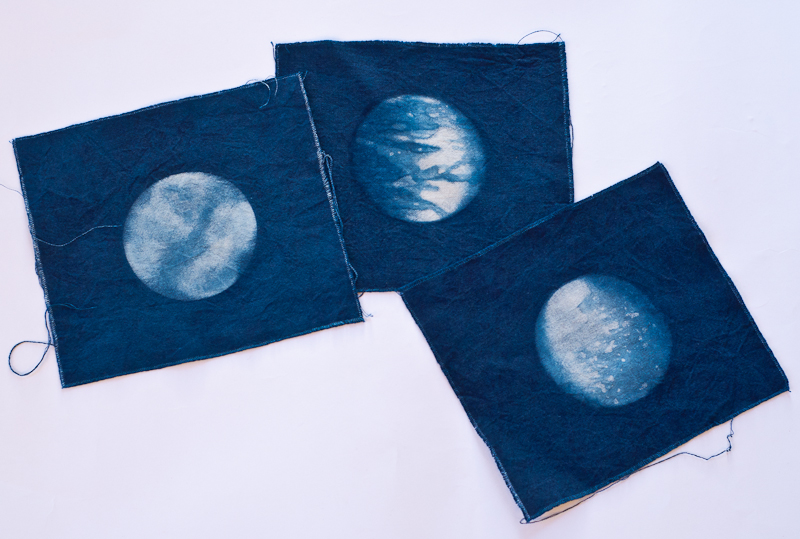 I’ve been contemplating the notion of shibori street art for a little while now, so being able to take part in this festival is pretty cool. The idea came to me when i was thinking about yarn bombing, and how that has become such an accepted practice in Melbourne, and particularly in Moreland which is where I live.  I love the idea of turning textiles into street art, something that can be either left for all to enjoy or be squirrelled away for use in a project. (Before you think of squirrelling these ones, they’re on heavy painters canvas, so they aren’t going to sew nicely into a quilt for example!)

Now I just have to test pasting this heavy canvas onto a wall! Otherwise I will have to find a different way to install them, and probably a different location on the street too.

Please go to the Instagram Feed settings page to create a feed.